History of the smithy

The smithy, which was located between the boathouse and the chieftain’s yard, was built in such a size that the public could have room to watch the blacksmith work in the summer. The smithy burned down in July 2022.

The blacksmith was also an important craftsman during the Viking Age. Perhaps he made arrowheads, boat sewing, and other useful things for both the chieftain and other people on the farm. The chieftain of Lofotr probably had his own blacksmith and his own forge. During the excavations, many iron tools, nails, and rivets were found.

The floor of the publicly available site has been lowered 0.5 metres so that visitors can more easily see what is going on in the smithy. In addition to public demonstrations of the blacksmith’s craft, we sometimes engage in experimental archaeology in the form of charcoal and iron production in the area around the smithy.

Unfortunately, the smithy burned down on July 29, 2022. We will make a new smithy during 2022 and 2023 and will keep you updated on the construction process. 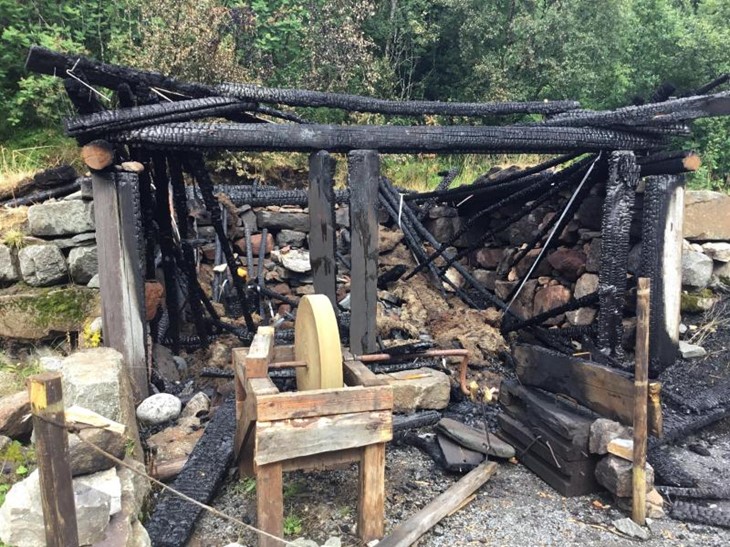 The museum’s first replica of a smithy was built as a compromise between traditional building techniques and modern solutions.